I AM THE QUEEN
by Josué Pellot and Henrique Cirne-Lima 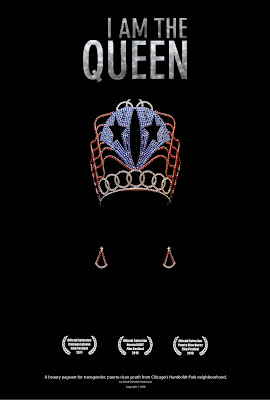 A documentary directed and produced by Josué Pellot and Henrique Cirne-Lima,
I AM THE QUEEN takes a look at the often unobserved life of Chicago's Puerto Rican transgender community.

In this film, Pellot and Cirne-Lima document the Cacique Pageant, the fourth annual transgender pageant held in Chicago's Humboldt Park neighborhood, organized by VIDA/SIDA. The film exposes the restructuring of the family unit experienced by the pageant participants who are often distanced from their biological family only to find kinship among others in the Puerto Rican transgender community. 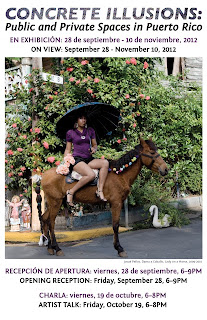 This screening is made possible in a collaboration with Independent Curators Anabel Vázquez Rodríguez and Norma Vila Rivero coinciding with their current curatorial project, CONCRETE ILLUSIONS: Public and Private Spaces in Puerto Rico. Where I AM THE QUEEN's director Josué Pellot is currently exhibiting and will also be partaking of the Artist Talk: October 19, 6-9pm at LA GALERÍA at Villa Villa Victoria Center for the Arts a program of IBA, 85 W Newton St. Boston, MA. Artist Talk After Party: PICÓ PICANTE at the GoodLife, Boston.

Josué Pellot
Producer/ Director (in person)
Josué Pellot was born in Mayaguez, Puerto Rico, and resides in Chicago. He received his BFA from the University of Illinois, at Chicago, and a MA from Northwestern University, Evanston Illinois (2006). He is a conceptual artist who engages social critique, politics and humor. He works in various mediums such as painting, video and sculpture. In 2007 Pellot completed a residency with the Fundament Foundation in Tilburg, NL. His work has been shown locally and abroad, including the Chicago Cultural Center, the Contemporary Art Society (London, UK), and the Museo de Arte Contemporaneo, Caguas, Puerto Rico.

Henrique Cirne-Lima
Producer/ Director
Henrique Cirne Lima was born in Brazil where he received a Bachelor’s degree in Graphic Arts at the Universidade Catolica do Rio De Janeiro. He received a MFA degree from University of Illinois at Chicago. He has been producing educational and training videos at University of Illinois at Chicago for the past 20 years. He has shown his films in numerous film festival and has received various awards:
I AM A QUEEN facebook EVENT
Posted by massartfilmsociety at 3:59 PM