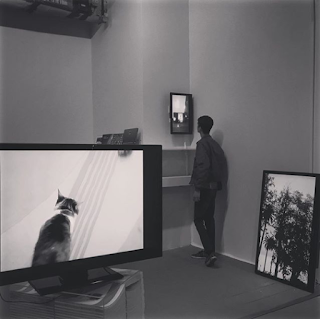 Los Angeles based artist Dicky Bahto presents a program in two parts. The first part features his own works in small gauge film and video, centered around his newest project, Concert Diary (what’s a life?). This project takes the form of an archive mixing material made with musicians and personal diary recordings. Featuring portraits and performances of Carmina Escobar, Julia Holter, Sepand Shahab, Laura Steenberge, Tashi Wada, and his cat Katouche, the work is edited anew for each presentation. For this screening the work will take the form of a multiple projector performance for two Super 8 projectors, video projection, and cassette tape playback. The project is currently on view as a three-screen, eight-channel audio installation at the Sweeney Art Gallery in Riverside, California as part of the UC Riverside MFA thesis exhibition. His other works on the program include projects for Super 8 and 16mm that are related to this project, including a silent unslit 8mm portrait of the composer Ashley Bellouin (The Bellouin Sequence [2008]), a Super 8 “music video” for Julia Holter’s Finale (2013), the multiple projector work Twelve Bagatelles (for Janis Crystal Lipzin) (2015), and the sonata for ink and shadows Suicide Notes (2016). The second half of the program will feature brand new Super 8 and 16mm films from Los Angeles artists, including Ny Sol Andas In (New Sun Breathing In) by Chloe Reyes, Hour of Pearl, by Andrew Kim, and works by Penelope Uribe-Abee, Walter Vargas, and more! Bahto will introduce the program and have a conversation with the audience after. 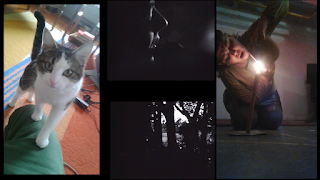